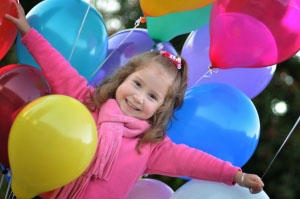 With ADHD on the rise and millions of American children being medicated with a variety of psychiatric drugs to allegedly help them control the above types of behaviors Christian parents and caregivers need discernment. This is especially important because according to the Harvard review, most diagnoses will arise from the child’s teacher not from within the home. In other words the first indication you may get that your child has a “behavioral problem” is a suggestion from their teacher that you should have your child evaluated for “possible ADD or ADHD.”

The next step suggested will be to complete a Conner’s scale or other such subjective behavioral inventory. And then you may be urged to take your child to your family physician or psychiatrist to be evaluated further for this disorder. If this happens it is very likely that you will leave your doctor’s office with a prescription for a psychiatric drug for your child.

All this can happen without knowing much at all about the history of ADHD or exactly how psychotropic medications work and whether they are the best option for your child.

Tracing the History of ADHD

Before we go any further let’s take a brief look at the history of ADHD. You might be interested in knowing that this label and specific diagnosis did not arise until 1980.

Before there was ADHD/ADD there was a disorder called “Minimal Brain Dysfunction”. This disorder (btw, a disorder is simply a cluster of symptoms; no more, no less) was used to label children who were aggressive or defiant when there was no other known organic cause such as epilepsy, brain tumors or meningitis all which can cause aggression and defiance.

In his book “The Anatomy of an Epidemic” Robert Whitaker writes,

Although attention-deficit disorder did not show up in psychiatry’s Diagnostic and Statistical Manual until 1980, the field likes to point out that it didn’t just appear out of thin air. This is a disorder that traces its medical roots back to 1902. That year, Sir George Frederick Still, a British pediatrician, published a series of lectures on twenty children who were of normal intelligence but “exhibited violent outbursts, wanton mischievousness, destructiveness, and a lack of responsiveness to punishment.” Moreover he reasoned that bad behavior arose from a biological problem (as opposed to bad parenting). (Emphasis added)

Bad Science at the Root of America’s Favored Childhood Diagnosis

Over the next 50 years the “hypothesis” that hyperactivity was caused by brain injury got a foot hold in American psychiatry. This theory was reinforced over the years by others:

According to science daily and the History of ADHD over the past 10 years children diagnosed with ADHD has risen by 66%:

According to the study, in 2010, 10.4 million children and teens under age 18 were diagnosed with ADHD at physician outpatient visits, versus 6.2 million in 2000.

With ADHD on the rise and an alarming millions of children taking stimulants and other psychotropic drugs, advocates for children should be concerned to say the least. For truth and justice to prevail in a land requires people to stand up and challenge the status quo especially when the life and health of children are involved.

Although the conventional psychiatric and medical wisdom continues to promote the idea that ADHD is a real disease the truth is although it is called by most a “neurobiological” disorder of childhood, there is no diagnostic test for ADHD neither is there a definitive cause. What is called ADHD is simply a cluster of behaviors.

According to the CDC (Center for Disease Control):

Understand, that when dealing with so called disorders of the mind the diagnostic criteria are completely subjective. The APA (American Association of Psychiatrists) began the DSM in 1952 by asking for comments from some of their members on proposed categories. There never was and never has been a scientific study made to accurately identify and diagnosis most mental disorders as a disease. They almost all are based on subjective behavioral observations.

This does not mean that there may not be an underlying biological cause that could be contributing to a child’s behavioral repertoire. However, what it does mean is that until a definitive cause is identified the prescribing of psychotropic medications is turning millions of children into human guinea pigs and there is a devastating price they and society are paying.

Who Gets to Decide What is “Normal”?

The Harvard review reported in 2009 that most ADHD diagnoses arise from teachers complaints because “only a minority of children with the disorder exhibit symptoms during a physicians office visit.” What may be in the best interest of the child may not be what is in the best interest of the parent or teacher who may be frustrated with being able to maintain order in the home or classroom. However to label a child as pathological because they do not fit in to the “norm” is unethical.

There is no question that, at least for the short term, stimulant medications may reduce what teachers and parents see as “disruptive” behaviors. This does not mean the long term outcomes are beneficial to the child or have a lasting effect. On the contrary the long term, as well as some short term outcomes can be devastating to many children on these medications.

Mental health care professionals know that all so called mental health is on a continuum. Personality traits, cognitions, intellect, energy level, moral intellect, self control, moods and the like are all on a continuum. No two people who are exactly alike in their psychological makeup. There is not a magic line drawn in the sand that when a person crosses it, poof! They suddenly become “mentally ill.” In light of this the Christian parent or clinician might ask themselves several questions…

According to Whitaker’s book between 1990 and 2007 children diagnosed with ADHD rose from 1 million to over 5 million. Furthermore 87% of children with the diagnoses are on brain altering medications. That’s over 4 million children and according to the Science Daily report for 2010 the numbers may be much higher, more like 8 million.

Conclusion on the History of ADHD

As explained earlier ADD was first introduced through the DSM in 1980. By 1990 1 million children had received the ADD/ADHD label. The numbers have risen to over 10 million as of 2010 with perhaps 87% of those children on psychiatric medications. Additionally, according to Robert Whitaker,

“The prescribing of psychiatric drugs to children and adolescents is a recent phenomenon, as relatively few youth were medicated prior to 1980.”

Any mental health professional who has been in the field long enough also knows this to be true.

Mental health professionals and parents should be seriously alarmed at this epidemic of so called mentally disordered children. The numbers alone are beyond absurd and are an unprecedented attack on children in America and elsewhere.

For more information on the toll this trend is taking on America’s children check out Robert Whitaker’s book Anatomy of an Epidemic: Magic Bullets, Psychiatric Drugs, and the Astonishing Rise of Mental Illness in America.