The antidepressant market is expected to 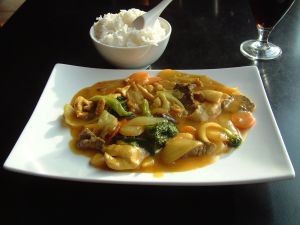 reach nearly $14 million in profits within the next few years. Harvard health blog reported in October 2011:

According to a report released yesterday by the National Center for Health Statistics (NCHS), the rate of antidepressant use in this country among teens and adults (people ages 12 and older) increased by almost 400% between 1988–1994 and 2005–2008.

Furthermore, the CDC reported in the same year that 11% of Americans over the age of 12 take an antidepressant. That’s over 254 million prescriptions at a cost of $10 billion dollars. Further the risks of taking antidepressants are minimized…a few of these risks include:

But what if there was a better way? A safer way? A more effective way? What if there was a way to get to actually get to the root cause of depression and even cure it it? Well the research is very compelling to that end…there are many holistic health care practitioners who have decided they want to do more for the hurting people who come to them than prescribe dangerous medications. They have identified many effective ways of treating mental illness and major depressive disorder in particular.

Besides getting plenty of sunshine for vitamin D production, exercise (proven to be as effective as antidepressants), apparently certain foods and spices can also perform as well as antidepressants. In India there was a study done with Turmeric comparing it to the antidepressant fluoxetine (i.e. Prozac) and turmeric was not found wanting! Quite the opposite, turmeric was found to be a safe, and effective way of treating major depressive disorder. This study was reported by the NIH (National Institute of Health) but for more information on this study read this article on Collective Evolution.

To learn more about the overall benefits of turmeric and how to incorporate this flavorful, spice into your daily diet watch the videos below.

Not that fond of Indian food, but interested in discovering whether you will benefit from the curcumins in turmeric, purchase turmeric curcumin capsules here.